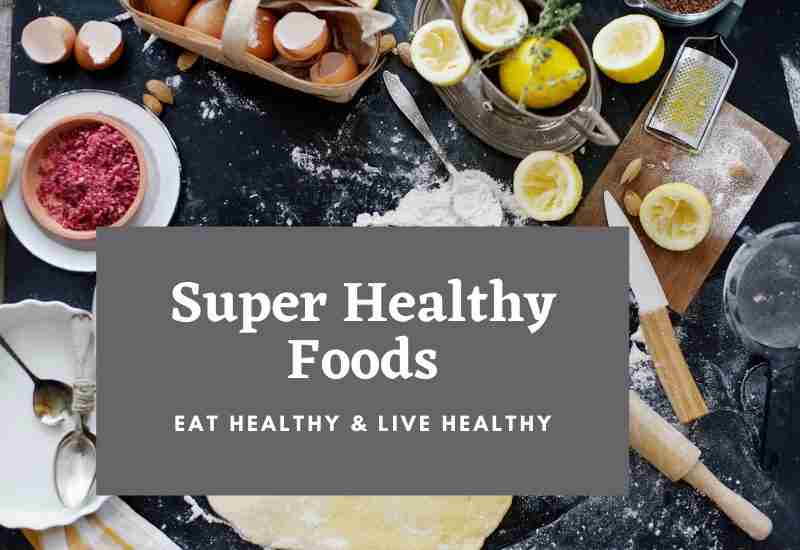 The foods which are heavy in nutrition and give overmuch quantity of nutrition to one’s body. These are known as Super healthy foods. These foods also provide several health benefits as they have a high level of nutrition in them. They are often described as the ‘power foods’.

Origin of the term- ‘Super foods’, this term was originated in the early part of the 20th Century. There used to be a company named ‘The United Fruit company’, whose main fruit of promotion was Banana. This company used to promote bananas as a High-level nutrition fruit.

As it is said that the peeled fruits have a high quantity of nutrition in them. Thus, it makes them suitable for decomposition by any kind of bacteria, so, the banana was one of them. This company suggested taking bananas after every meal. Which leads it to become ‘super’.

This popularity of fruit which was named as ‘super’ was increasing day by day. Even, many nutritionists recommended eating such kinds of fruits. Its popularity resulted in the growth of marketing of various food which has high nutritional values.

Thus, the term ‘Super healthy food’ was discovered as, health beneficiary foods. Those providing nutrition are more than desirable amount.

The term ‘Super foods’ has some contrary about its sales and production according to academic research. Marketing ploys have used this term for their profits of sales of products.

Generally, the term ‘Super foods’ should be used in the context of nutritional food. But, instead of it, some marketing ploys have used the benefits of these foods to increase their sale.

In 2007, a foreign company claimed that eating nuts (of their company) will reduce the rate of heart diseases. Though it was not true, people started believing in it. But, the FDA approved this claim as a ‘fake statement’. Also, proved that this company has done this type of fake claim to enhance their marketing.

One of the common phrases “Health is wealth” is apt for the description of super healthy foods. These foods help in improving the health of a person by providing energy to the body through various vitamins and proteins.

Every individual must intake this kind of food to maintain their health. These foods should be taken in a proper and well-balanced diet so about avoid any kind of health issues. These foods thrive in the body that leads to the proper functioning of all the processes carried out in the human body.

The satisfaction of a person depends on a healthy body and a thriving mind. And thus, if these foods are part of a routine, then it can lead a person to be more productive in his work schedule.

It is often suggesting, that if these kinds of foods are taken daily. Then there is no need for any nutritionists or physicians, as these foods also reduce aging.

Nowadays, kids prefer junk food over healthy food. Instead of knowing that junk food has ‘zero’ calories, still many children prefer it.

This intake of junk food should avoid and instead of them ‘super’ healthy foods should be eaten. Because an adequate amount of this kind of healthy foods maintains good health of a growing child. Also, healthy foods increase energy levels in the body.

Junk food leads to problems in process of digestion due to devoid of nutrition in them. Instead of these foods, if healthy foods are eaten in proper amount. So, they not only improve the process of digestion. But also maintains the number of stomachic levels in the stomach.

Several scientific research proves that consumption of an adequate amount of ‘super healthy foods. They increase the nutrients per calorie in the human body and meet both ‘macro and micronutrients.

On account of providing nutrition more than the desired amount in the body, these healthy foods play a major role. Nutrients like iron, calcium, fiber, etc. are very important to live a healthy life. Our body will be to develop only when we will get nutrients in the proper amount. And thus, these ‘super’ healthy foods provide these types of nutrition to maintain a healthy lifestyle.

These foods also save us from many diseases and serve a major role in the metabolic processes of the human body. Various metabolism carried out in organisms needs proper functioning. This proper functioning is only done by eating an adequate amount of ‘super healthy foods.

Varieties of positive impacts like having strong bones. A healthy mind, and much more, are brought up by consuming these foods.

One of the scientific researches proves that consumption of healthy foods on daily basis has a great positive effect on mental health. Eating these foods helps in the well-being of a healthy mind with a healthy lifestyle.

These foods are proven to be diet-rich materials. Thus, they sharpen and refresh the mind when they are consumed.

Many years ago, a health research company proved that nerves connecting to our mind work in a better way. When these healthy foods are consuming. They also released a documentary which proved that a person eating these kinds of foods in adequate amount. It does more efficient work as; compare to that person who has not included this kind of healthy food in his routine.

Also, a healthy study proved the existing lifespan of a person. Living a healthy lifestyle, by eating such healthy foods, gets increase above the average lifespan.

Growing superfoods on one’s farm is beneficial for both; his health and wealth. These foods not only provide a rich diet for consumption, but also will stretch the wallet if used to sell.

There is not much complication in the plantation of these foods if done properly. For the growth of these foods in one’s farm, he/she must consult it before with the nutritionist or any botanist.

As, consulting with botanists before planting them will yield comparatively better results. And thus, their growth will increase at a rapid rate if taken care of properly as suggested by a botanist.

Quantity of ‘superfoods that should be consumed

As it is said that, even a little thing has a better result if consume within limits. So, the same applies in the case of these ‘superfoods.

These foods should not be over-consumed. Like, if not taken in a balanced diet, there builds up the chances of occurrence of various kinds of hormonal imbalance.

Also, if these foods are consuming in less amount, then there are chances of deficiency of various nutrients in the body.

For example; a person who does an extreme keto diet related to this kind of food then faces the problem of kidney stones.

Thus, one must eat a balanced amount of these foods on a daily basis for a healthy body.

The term ‘Super healthy foods play a major role in part of healthy and wealthy life of a person. The goal of these foods of providing nutrition promotes not only better physical health. But also reduces the chances of any kind of health issues.

Many educational and health institutions focus on providing good skills to children in the context of the consumption of these foods. This institute carries various programs. To promote health care by providing suggestions about how and why to consume ‘super’ healthy foods.

The well-known proverb- “Health is wealth” is appropriate in the context of consumption of these ‘super’ healthy foods.

The bottom line is:- Eat healthy food and live a healthy lifestyle

Get Healthy 12 foods that start with R – Being Health Conscious

Get Healthy 7 foods that start with G – Being Health Conscious

Advantages of vitamin K for skin